Animals in ritual and economy in a Roman frontier community. Excavations in Tiel-Passewaaij (2003-2007)

Large-scale excavations of two rural settlements and a cremation cemetery in Tiel-Passewaaij have yielded an animal bone assemblage of around 30,000 fragments. For my PhD, I analysed this material. The first aim was to assess the role of livestock in the rural economy and the production of surplus products for the Roman market. The long time span of habitation and detailed chronology allowed me to trace developments in species spectrum and slaughter ages through time. This showed that cattle was the main species in all periods, exploited both for meat and for secondary products in service of arable farming, such as manure and traction. Sheep was an important species in the 1st century A.D. – with wool production in the second half of the 1st century – but lost importance after circa 100 A.D. At the same time when sheep declined, the proportion of horse increased. Horses were probably bred for the Roman army. Pig was present in small proportions until the Late Roman period, when the proportion increased significantly.
The second aim was to investigate the use of animals in funerary and other rituals. Analysis of burned and unburned animal bones from the cemetery revealed the different roles different animal species played in funerary ritual. The large number of special deposits of animal bones, such as complete skeletons, articulated limbs and skulls offered the opportunity to study this phenomenon, and led to the conclusion that at least some of these deposits should be interpreted as ritual.
This project resulted in a PhD dissertation which was awarded the distinction 'cum laude'. It was published in the acclaimed Amsterdam Archaeological Studies series by Amsterdam University Press (available here).

This project formed part of the larger research project 'Rural communities in the civitas Batavorum and their integration into the Roman empire', which was funded by the Netherlands Organisation for Scientific Research and carried out at VU University Amsterdam. 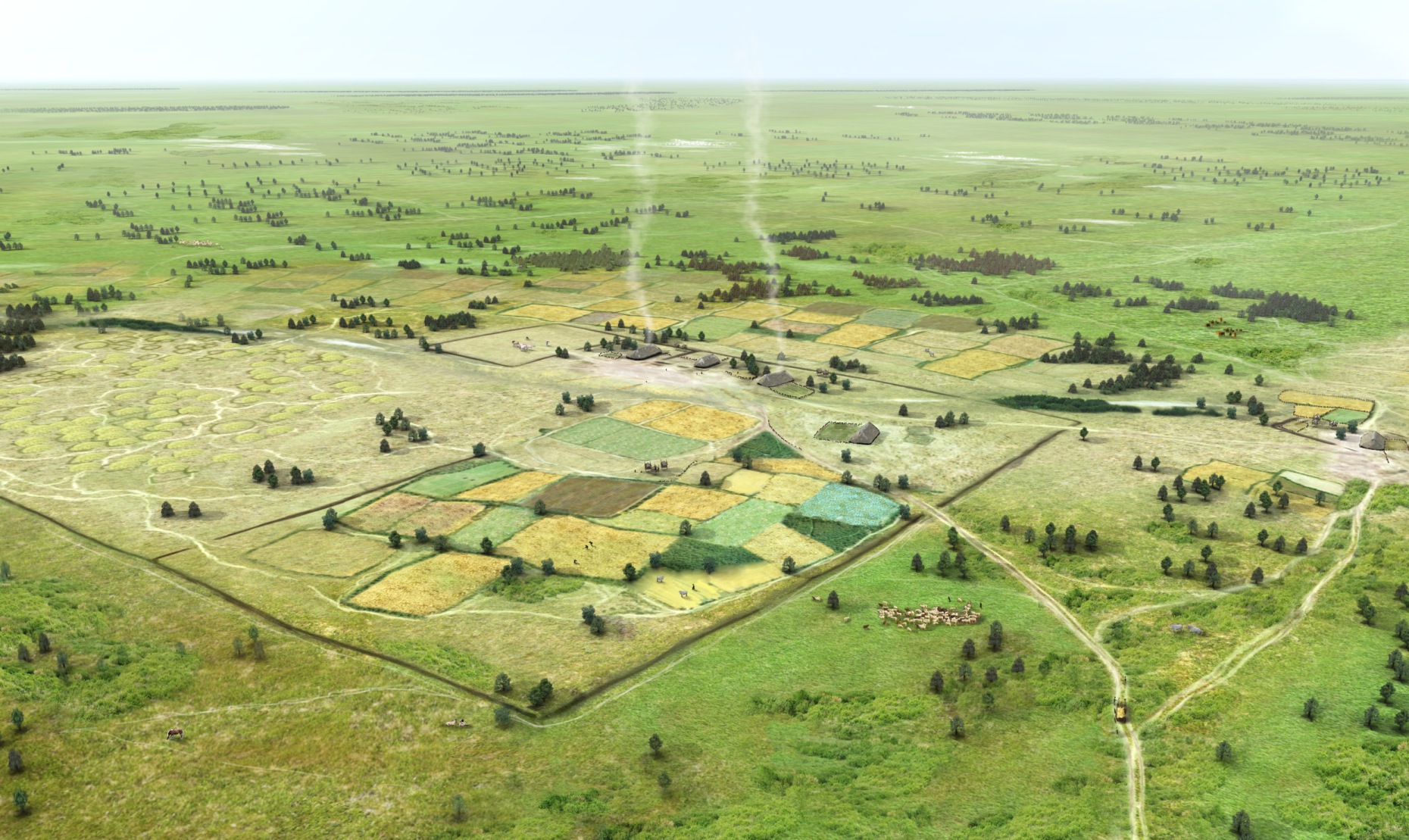 A reconstruction of Tiel-Passewaaij and the surrounding landscape in the summer of 150 A.D. 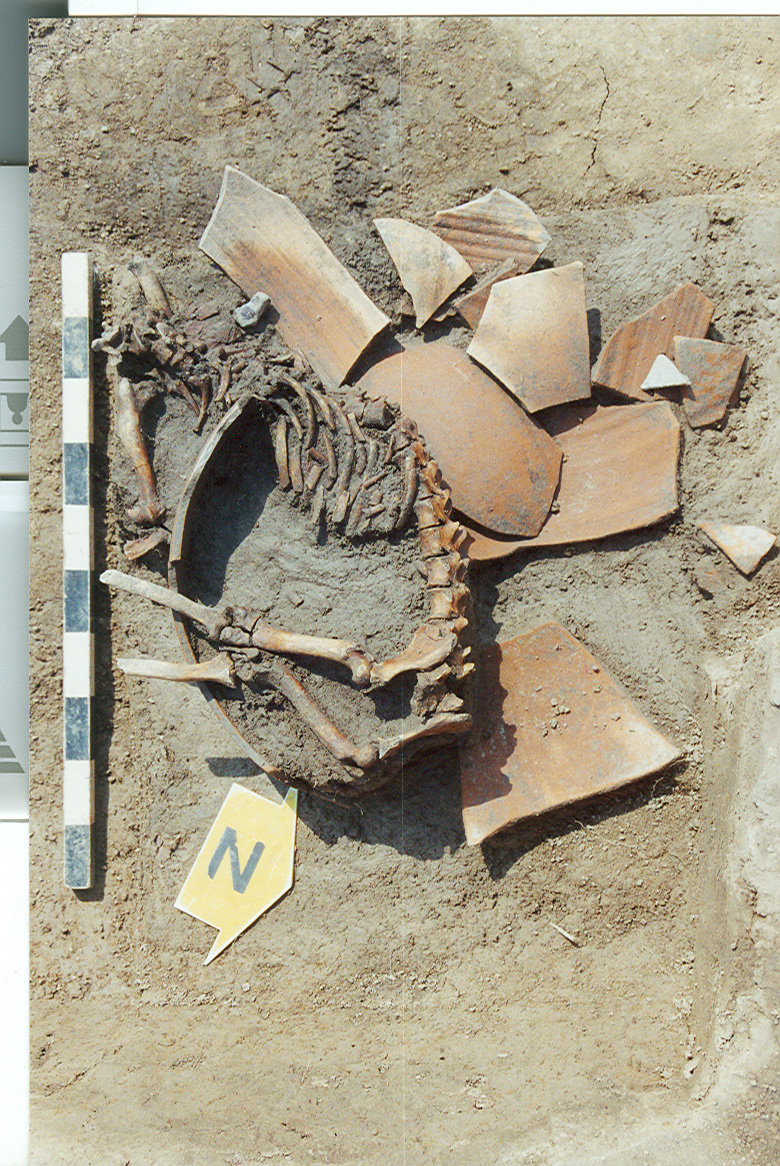 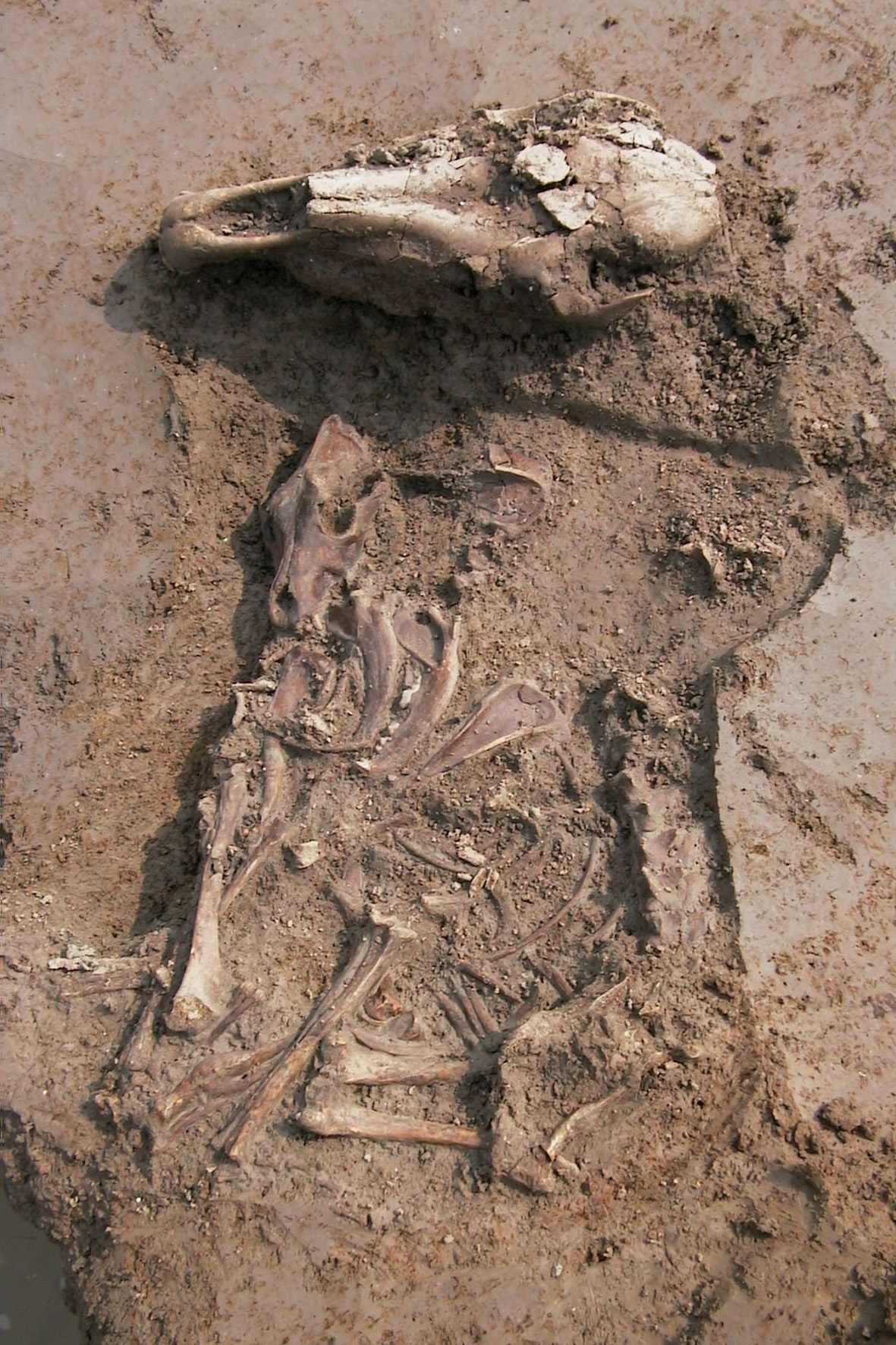 Two special dog burials: one dog was buried in a large jar, while the second was buried together with a horse's head